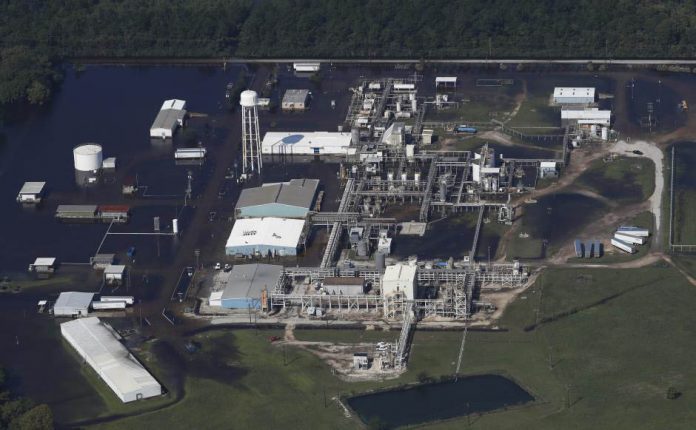 A raging fire and thick black smoke erupted on Friday evening from damaged Texas chemical plant for the second time this week, according to officials.

The company said earlier on Friday it expected a series of such fires after the floodwaters from Tropical Storm Harvey cut electricity feeding refrigeration units needed to keep tanks of volatile organic peroxide from warming and combusting.

The risk of explosions and fires at the plant have made returning to the facility to refrigerate any remaining tanks too dangerous, even though the floodwaters that inundated the plant about 25 miles northeast of Houston have receded.

Authorities had evacuated residents in a 1.5-mile radius around the Arkema plant on Wednesday.