As technology advances, scientists have become more and more skilled at spotting potentially threatening objects in space. This is great news for the human race, but it also means that when we spot a distant space rock, we may not know just how much of a threat it really is for a long time to come.

That’s the case with asteroid 2019 SU3, a newly-discovered space rock that doesn’t appear dangerous at the moment but may end up being a serious problem several decades down the road. The asteroid, which was just added to the European Space Agency’s Risk List, will make a shockingly close pass of our planet in around 65 years.

Based on observations of the asteroid’s trajectory, the risk of collision is still relatively small, with even the most pessimistic estimates placing the chances of a strike at less than 1%. Still, the fact that the odds aren’t a nice round 0% means that astronomers will need to keep an eye on it.

When the space rock enters our neck of the woods in 2084 it will pass within 6,000 miles of Earth. That might seem like a nice, comfortable distance, but when you consider that Earth’s moon is a whopping 238,000 miles away you get an idea of just how narrow the window truly is.

Generally speaking, mankind has gotten pretty lucky when it comes to asteroids. Humanity hasn’t had to deal with any devastating objects from space, and if we’re lucky we’ll have the technology to deal with those threats before they become a serious problem.

In the coming years, astronomers will be able to increase the certainty of their predictions, and hopefully rule out the possibility that 2019 SU3 poses a threat to our planet. If it does, however, hopefully we’ll be ready.

India reimposes some restrictions in Kashmir ahead of Muslim festival 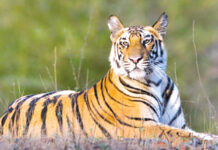