For most nine-year-olds, studying toilets and the mechanics of bodily functions leads to nothing more than fits of giggles. Not for Zyson Kang, who has beaten nearly 1,000 other young inventors in a global contest to design a toilet for use in space. Zyson, from Malaysia, won top prize in the junior section of Nasa’s “Lunar Loo Challenge”.

The challenge was to come up with a toilet that could work in both simulated gravity on space stations and lunar gravity on the moon’s surface. Crucially, the youngster’s design, which can fit snugly into an astronaut’s spacesuit, did not need electricity or batteries.

“When you move your legs, the urine will flow down into a container in the astronaut’s boots,” he told an impressed Nasa team via a webinar. “The design does not require any electrical components, hence, minimising the potential of a malfunction in space.”

Chong Soo Sheong, 43, of I-Discovery World science centre in Kuala Lumpur, who coached Zyson in his efforts, said he had worked on the design for months. “There were many ups and downs, trial and errors, as well as learning curves to overcome,” he added. “But I’m glad his perseverance and continuous learning enabled him to stand out on an international platform.” 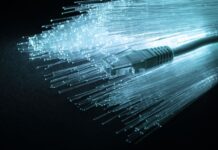 British ambassador to Washington quits after spat over leaked memos