BOGOTA (Reuters) – Francis Montano sits on a cold pavement with her three children, all their worldly possessions stuffed into plastic bags, as she pleads to be let into a new camp for Venezuelan migrants in the Colombian capital, Bogota.

Behind Montano, smoke snakes from woodfires set amid the bright yellow tents which are now home to hundreds of Venezuelans, erected on a former soccer pitch in a middle-class residential area in the west of the city.

The penniless migrants, some of the millions who have fled Venezuela’s economic and social crisis, have been here more than a week, forced by city authorities to vacate a makeshift slum of plastic tarps a few miles away.

The tent city is the first of its kind in Bogota. While authorities have established camps at the Venezuelan border, they have resisted doing so in Colombia’s interior, wary of encouraging migrants to settle instead of moving to neighbouring countries or returning home.

Its gates are guarded by police and officials from the mayor’s office and only those registered from the old slum are allowed access.

“We’ll have to sleep on the street again, under a bridge,” said Montano, 22, whose children are all under seven years old. “I just want a roof for my kids at night.”

According to the United Nations, an estimated 3 million Venezuelans have fled as their oil-rich country has sunk into crisis under President Nicolas Maduro. Critics accuse the Socialist leader of ravaging the economy through state interventions while clamping down on political opponents.

The exodus – driven by violence, hyperinflation and shortages of food and medicines – amounts to one in 12 of the population, placing strain on neighbouring countries, already struggling with poverty.

Colombia, which has borne the brunt of the migration crisis, estimates it is sheltering 1 million Venezuelans, with some 3,000 arriving daily. The government says their total numbers could swell to 4 million by 2021, costing it nearly $9 billion a year.

Municipal authorities in Bogota say the camp will provide shelter for 422 migrants through Christmas. Then in mid January, it will be dismantled in the hope jobs and new lodgings have been found.

For most, that is unlikely. Residents say they cannot find permanent work, so scrape together a few pesos selling candies at traffic lights.

Donations of food and clothing are banned because officials do not want migrants to get accustomed to handouts as they did in the makeshift camp.

“There are no more camps.”

Once the tent city closes in January, those without jobs and lodgings will simply return to the streets, they say.

“We’re not asking for handouts, just work,” said Carmen Castillo, 29, who shares a tent with five others after travelling 550 km (342 miles) from the border town of Cucuta with her husband and baby son three months ago.

The United States and European Union have sent tens of millions of dollars but Colombia, which is struggling to recover after a 2016 peace deal ended five decades of conflict with the Marxist FARC rebels, says much more is required.

And while most Colombians are sympathetic to the Venezuelans’ plight, xenophobia has increased, especially in border areas. In Bogota, many residents complain about being asked for money and stepping over Venezuelans sleeping rough.

Migrants say they have been attacked and spat on.

“Colombians need to be more human, walk in our shoes,” said Castillo.

Although a vast improvement on the filthy shanty dwellings that lined railway tracks near Bogota’s bus terminal, migrants complain the tent facilities are not adequate.

The walled camp has just four shower units and 10 toilets for 65 tents. Migrants grumble they only get sandwiches, apples and fruit juice while frequent rain floods into their tents.

Scuffles broke out this week over food and 16 residents were expelled from the camp.

His wife, Esnedith Arroyo, 58, disagreed and said she is happy. Conditions and security are much better even without provisions. 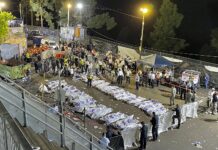 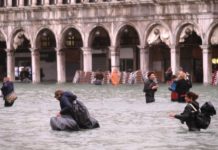 China releases genome from Beijing cluster as cases near 200 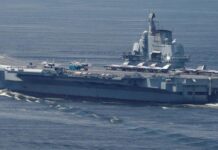