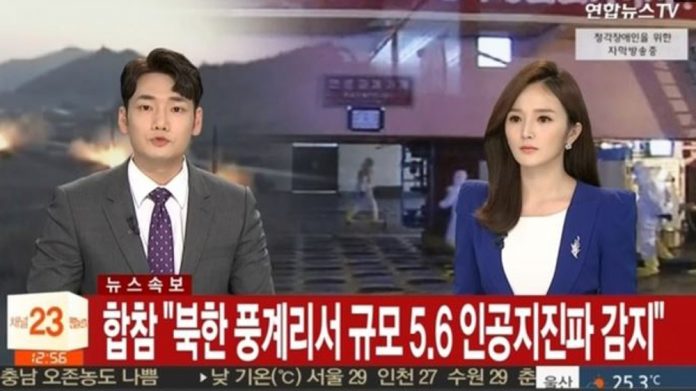 The Japanese government said it has confirmed that the tremors detected were a nuclear explosion, according to Foreign Minister Taro Kono, but there was no immediate announcement from the North about Sunday’s earthquakes.

The website of the US Geological Survey said a first tremor of 6.3 magnitude had a depth of 23 kilometres, an alert that came after Pyongyang said it has developed a more advanced nuclear weapon – a hydrogen bomb that could be loaded into the country’s new intercontinental ballistic missiles, that has “great destructive power”.

“Possible explosion, located near the site where North Korea has detonated nuclear explosions in the past,” said the USGS. “If this event was an explosion, the USGS National Earthquake Information Center cannot determine its type, whether nuclear or any other possible type.”

China and South Korea said they also detected a second quake in North Korea of magnitude 4.6.

A statement on the China’s Earthquake Administration said the second tremor, which it termed a “collapse”, came eight minutes after the first quake. The coordinates of the two quakes were almost identical, according to figures provided by the administration.

Previous recent tremors in North Korea have been caused by nuclear tests.

Of the first shake, the South Korean military confirmed that an artificial quake took place near North Korea’s nuclear test site and said it has put its nuclear crisis response team into operation, according to the Yonhap news agency.

“The Bulletin of the Atomic Scientists suggested that the Hwasong-12 and the Hwasong-14 weapons don’t yet have the capacity to reach the US because none are equipped with the weight that a nuclear weapon would need at the tip of them, they’re just empty cartridges.

The United States has repeatedly urged China, the North’s sole major ally, to do more to rein in its neighbour.

North Korea last year conducted its fourth and fifth nuclear tests, saying the fourth in January 2016 was a successful hydrogen bomb test, although outside experts say the claim has not been proved.

Impoverished North Korea and the rich, democratic South are technically still at war because their 1950-53 conflict ended in a truce, not a peace treaty.

The North regularly threatens to destroy the South and its main ally, the United States.

“The location of the earthquake was in the northeast of the country and there had been reports in the past few weeks, citing South Korean intelligence, there was movement at that site. So they were suspecting that maybe [North Korea was] preparing for another nuclear test.

“There was a lot of expectation they would conduct their nuclear test on September 9, the date they did it last year, to mark Foundation Day, the founding day of [North Korea].” 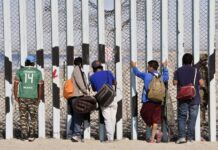 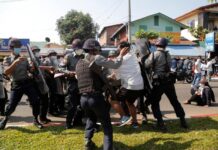 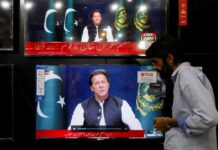