North Korea has held a military parade to mark the 70th anniversary of its armed forces, just one day before South Korea hosts the opening ceremony of the 2018 Winter Olympics.

Footage from North Korea showed leader Kim Jong-un and party officials watching the annual display of military strength in the capital, Pyongyang, as goose-stepping soldiers and tanks paraded past them on Thursday.

Citing analysis of images from the event, South Korea’s Yonhap news agency reported that a Hwasong-15 long-range missile was part of the procession. Experts also said that the Hwasong-14 was also on display.

Observers, however, noted that the parade appeared to be shorter and smaller in scale than a major event staged last year. A livestream of the parade was also not available this time, while foreign journalists  were not invited as in previous years.

This comes as teams from both North and South Korea are due to march together under a “unification flag” at the opening ceremony of the Pyeongchang Games on Friday.

Speaking at the occasion, Kim said the military parade showcased “the status of the Democratic People’s Republic of Korea (DPRK), which has developed into a world-class military power.”

More than 50,000 people, including 13,000 troops, participated in the event, according The Korea Times

Al Jazeera’s Natasha Ghoneim, reporting from the South Korean city of Gangneung, said Kim may have opted to take the more low-key route this year because of the timing of the parade.

“By holding this parade, Kim Jong-un was able to appease the domestic audience to show the pride, celebrate the advances in its weapons programme that the world saw last year, but also make a nod to the diplomatic sensitivities of the moment,” she said.

There has been an apparent thaw in relations between North and South Korea in recent weeks.

In what was described as a major diplomatic breakthrough, North Korea said it would send a delegation of athletes and performers to the Pyeongchang Winter Olympics in South Korea.

“North Korea and South Korea are in a period of major overtures,” our correspondent said,.

“There has been a thaw in the relationship and a real hope that the Pyeongchang Winter Olympics will be a moment of true reconciliation and peace.” 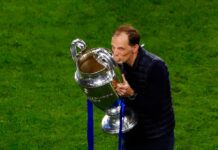 Trump predicts Covid-19 vaccine could be ready in weeks 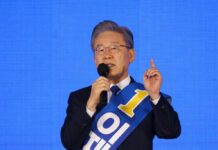