SEOUL (Reuters) – A group of North Korean refugees launched a political party in South Korea on Tuesday, aiming to give a voice to the 33,500 defectors living in the South and oppose conciliation with Pyongyang.

“We were always considered minorities and aliens,” said Kim Joo-il, secretary-general of the new South-North Unification Party at its launch at a hall in South Korea’s capital Seoul. “North Korean defectors are now the future of unification.”

The decision to set up a formal political party was a sign that defectors are seeking a more direct political role ahead of a parliamentary election in April. Many are strongly critical of President Moon Jae-in’s administration, which they accuse of sidelining defectors and ignoring human rights in a bid to repair relations with North Korea.

Attendees at the launch event discussed cases that have become rallying cries for defectors, who say the South Korean government provides them too little support.

In prominent cases last year, two North Koreans were repatriated, and a defector and her 6-year-old son who had been denied government benefits were found dead of starvation in their Seoul apartment.

South Korea is technically still at war with the North because the 1950-53 Korean War ended with no peace treaty. While unification is still a national goal in South, it is widely seen as an increasingly distant possibility.

Kim Shin-ye, 38, one of the defector participants, said the new party’s criticism of North Korean leader Kim Jong Un – one party representative called him a “little pig” during the event – means some defectors may be worried about publicly pledging support for fear of endangering family back in the North.

“Some who have families in the North are a bit wary about the launch of the party,” she said.

More than a thousand North Koreans defected to South Korea in 2019, according to the South’s Unification Ministry.

“What Kim Jong Un is the most afraid of is when the dignity of the North Korean defectors is raised,” said lawmaker Kim Yong-tae, during his congratulatory speech. 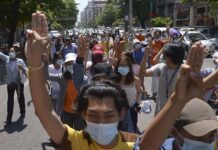 Trapped and helpless: How families are fighting Delhi’s pollution horror 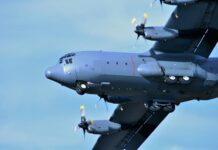