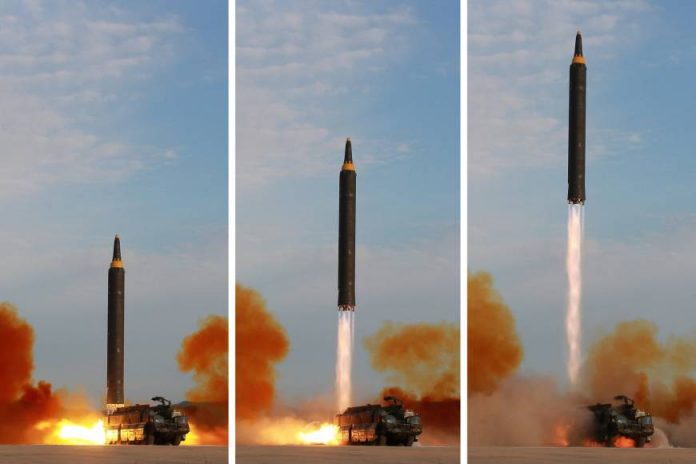 North Korean leader Kim Jong Un vowed to seek a “final goal” of “equilibrium of force” with the U.S. while also forcing Washington to “dare not talk about” military action over its nuclear and missile programs, state-run media said Saturday, a day after the isolated nation lobbed an intermediate-range missile over Japan for the second time.

Kim’s tough talk came amid signals from Washington that patience with Pyongyang is wearing thin following the North’s launch of what it confirmed was a Hwasong-12 intermediate-range ballistic missile over Hokkaido and into the Pacific Ocean. That missile — the second of its kind to overfly Japan in just over two weeks — traveled some 3,700 km, stoking concern in Tokyo and putting the U.S. territory of Guam, home to key American military bases, easily within the North’s cross hairs.

It was the country’s longest-ever flight of a ballistic missile designed to carry a nuclear warhead.

Pyongyang has ramped up its quest to master the technology needed to reliably target the United States with a nuclear-tipped long-range missile, conducting dozens of test-firings and training launches. In July, it twice tested an intercontinental ballistic missile (ICBM) capable of striking a large chunk of the U.S.

Speaking in Washington on Friday, White House national security adviser H.R. McMaster said the United States is fast running out of patience for diplomatic solutions to the North

In its statement Saturday, the North remained defiant in the face of the increasingly severe sanctions.

“As recognized by the whole world, we have made all these achievements despite the U.N. sanctions that have lasted for decades,” KCNA quoted Kim as saying.

“We should clearly show the big power chauvinists how our state attain the goal of completing its nuclear force despite their limitless sanctions and blockade,” he added.

The statement also referred to the missile-firing as a “launching drill … conducted with the aim at calming down the belligerence of the U.S. which has recently cried out for using military muscle against the DPRK.”

DPRK is the acronym for the North’s formal name, the Democratic People’s Republic of Korea.

It went on to say that the launch had been intended to bolster operational capabilities “for attack and counterattack … examining the order to deal with nuclear warheads and confirming action procedures of actual war.”

In a sign that the nuclear-armed nation could be shifting from testing to actual operational training, the report also noted that Kim had ordered members of the strategic missile forces to be “rapidly deployed to the launching ground at early morning under a sudden order.”

Photos released with the statement depicted Kim observing the launch from a relatively close distance. They also showed the missile being fired from a transporter erector launcher, a vehicle designed to move a ballistic missile and stand it upright, allowing for a mobile system that makes surveillance difficult for spy satellites.

Last month, North Korea had threatened to fire a salvo of four Hwasong-12s toward Guam to bracket the island — some 3,400 km from Pyongyang — with “enveloping” fire.

Guam is home to Andersen Air Force Base, from which U.S. heavy bombers such as the B-1B have conducted overflights of the Korean Peninsula that have incensed Pyongyang. The North views the flights, often conducted jointly with the Japanese Air Self-Defense Force and South Korean Air Force, as rehearsals for striking its leadership and has routinely lambasted them as “nuclear bomb-dropping drills.”

The U.S. and South Korea are technically still at war with North Korea because the 1950-53 Korean conflict ended in a truce, not a peace treaty. Japan is seen by Pyongyang as a potential logistics hub in the event of any contingency on the Korean Peninsula.

Pyongyang accuses Washington, which has 28,500 troops in South Korea and 47,000 service members in Japan, of planning to invade and regularly threatens to destroy it and its Asian allies.

In the most recent example, a North Korean state agency threatened on Thursday to use nuclear weapons to “sink” Japan and reduce the United States to “ashes and darkness” for backing the U.N. Security Council sanctions resolution.

﻿From Japan, Trump doubles down on Biden criticism and embrace of... 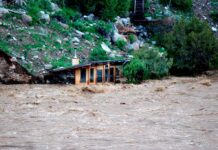 Yellowstone closed for first time in 34 years amid flooding, mudslides 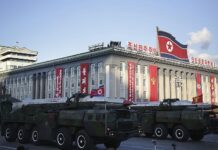