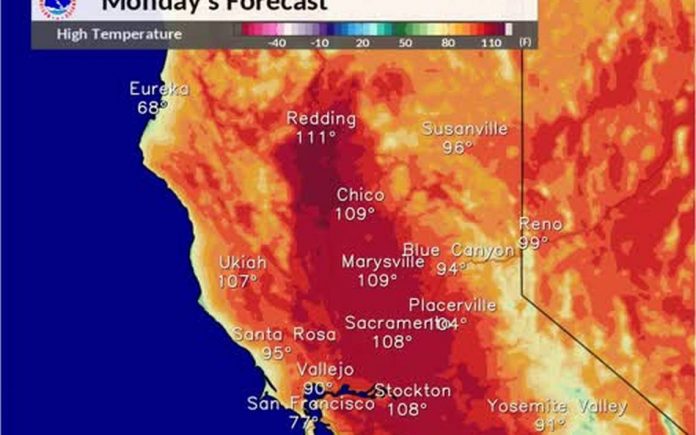 San Francisco itself saw one of the hottest days in its history Friday at 106 (41 C) but is now expected to recede into its usual cool-and-foggy summer pattern with dramatic temperature drops into the 80s and then the 70s.

Triple-digit days in the Los Angeles area are expected to drop into the 90s for the weekend, before dropping more dramatically next week.

Ice water stations were set up and dozens of people, many of them homeless, were taking shelter Friday.

Managers of California’s power grid asked for voluntary electricity conservation. Tens of thousands of people across the state were without power at various times Friday, though most outages didn’t last long.

The weeklong heat wave has been generated by high pressure over the West, the National Weather Service said.

Forecasters said more heat could be expected when remnants of Tropical Storm Lidia move north from Mexico’s Baja California during the weekend. 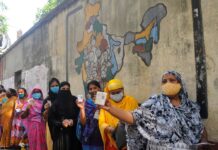