Kathmandu, Dec. 18: Nepal Telecommunications Authority (NTA) has called for Expression of Interest for launching the country’s own satellite. The NTA which had decided to cancel the earlier call for EOI on December 7 has come up with a new proposal to this regard.

In its notice on Wednesday, the organization sought for the EOI to launch the satellite in the orbital positions allocated to Nepal by International Telecommunications Union (ITU).

NTA Spokesperson Meen Prasad Aryal said qualification (40 percent), experience (50 percent) and competency (10 percent) are the criteria of the selection of consultant in reference to the EOI.

Earlier, the government had issued a policy on satellite, promoting to launch its own satellite by 2022 AD and the policy had prompted the cancellation of the 2016 EOI. A total of 22 companies from 12 countries had expressed the interest to be part of NTA for the satellite launching. 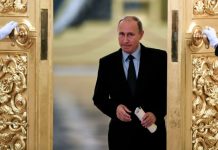 Kerr strikes four times as Australia through to last 16