RIYADH: The Saudi-led coalition supporting Yemen’s government said today, it had killed more than 180 Houthi rebels in strikes south of the strategic city of Marib.

An operation “destroyed 10 military vehicles and killed more than 180 terrorist elements” in Abdiya and surrounding areas, south of Marib, the coalition said, cited by the official Saudi Press Agency.

The coalition has said hundreds of Iran-backed rebels have been killed in the battle for Marib in recent days.

The rebels rarely comment on losses and the toll could not be independently verified by AFP.

The Yemeni civil war began in 2014 when the Houthis seized the capital Sanaa, 120km (75 miles) west of Marib, prompting Saudi-led forces to intervene to prop up the government the following year.

Tens of thousands of people have died, and millions have been displaced in what the UN calls the world’s worst humanitarian crisis.

The Houthis began a major push to seize Marib in February and, after a lull, they have renewed their offensive in recent weeks.

Tens of thousands of people have been displaced in the province this year, nearly 10,000 of them in September alone, according to the UN migration agency.

The UN called yesterday for a halt to the fighting in Abdiya district, the focus of the latest Saudi-led strikes.

Marib, Shabwa and Al-Bayda provinces have all seen an escalation in fighting in recent weeks, resulting in “a devastating impact on civilians”, the UN humanitarian coordinator for Yemen, David Gressly, said.

The security situation has been particularly difficult in Abdiya, where the UN says the movement of aid and some 35,000 people has been “extremely restricted”, including for 17,000 “extremely vulnerable” people displaced from other areas of the country.

“I call on all parties involved in the fighting to agree now to a cessation of hostilities for Abdiya district to allow for the safe passage of civilians and aid workers, and for the evacuation of all of those wounded in the fighting,” Gressly said in a statement.

The provincial capital had between 20,000 and 30,000 inhabitants before the war but has seen its population swell to hundreds of thousands with the influx of people displaced from other battlegrounds.

The province counts 139 camps for the displaced, which are home to around 2.2 million people, according to government figures. Many now find themselves caught in the line of fire once again. 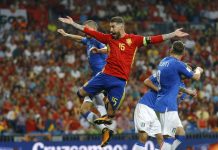 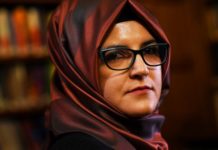