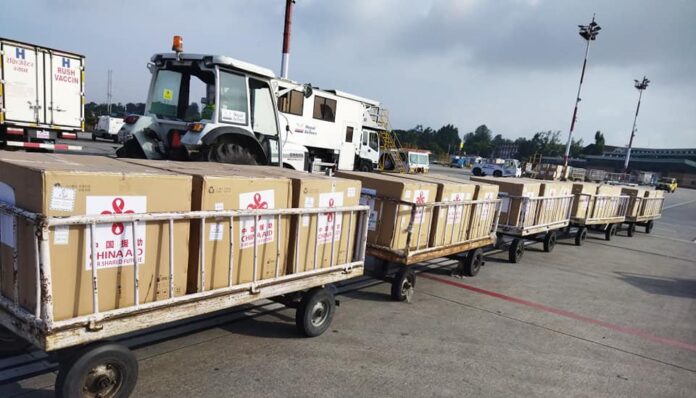 By TRN Online, Kathmandu, July 9: Over 809 thousand doses of Vero Cell, COVID-19 vaccine developed and manufactured by Sinopharm, has been brought in Kathmandu this morning.

A wide body airplane, A 330, of the Nepal Airlines Corporation laden with 809,600 doses of Vero Cell landed in Kathmandu at 6:21 am this morning, informed Dipu Gwarchan, a pilot of the airplane.

The plane had flown to Beijing yesterday, July 8, to bring in the vaccine.

The vaccine has been purchased on the government-to-government (GtoG) basis. Some four million doses of Vero Cell are to be procured on this basis, and brought in.

According to the schedule published earlier, remaining vaccine will be brought in on July 15, July 16 and July 22.

Earlier, China had donated 2 million doses of Vero Cell to Nepal. Nepal had also received 348 thousand doses of vaccine under COVAX while India had also provided 1.8 doses of Covishield as assistance.

4.248 million doses of COVID-19 vaccine has been brought in so far, according to the record of the Ministry of Health and Population.

So far, 851,300 people have been vaccinated with their second dose of COVID-19 vaccine while 2.611 million has got their first dose in the country, according to MoHP records. 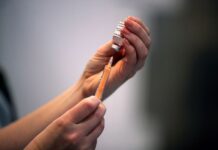