WASHINGTON (Reuters) – U.S. House Speaker Nancy Pelosi is expected to relinquish the impeachment proceedings against President Donald Trump this week by turning the process over to Mitch McConnell, the powerful Senate leader who has vowed to help acquit his fellow Republican.

A month after making Trump the third president in history to be impeached by the House of Representatives, Democrats will discuss on Tuesday morning how to move forward, Pelosi said on Sunday, with the chamber possibly voting to send the articles of impeachment to the Senate that same day.

The jockeying between chambers over impeachment procedure has largely focussed on a still unsettled dispute about whether McConnell will allow witnesses to be called during the Senate trial.

McConnell has yet to say definitively how the Senate will conduct the trial, but he has hinted he could skip witnesses and instead oversee a process that quickly dispatches with the charges. The political ramifications of witness testimony could prove to be both beneficial and detrimental for both sides in the run-up to elections in November.

In the Senate, Trump is expected to face friendlier terrain than he did in the House, and ultimately the chamber is expected to vote to acquit the president even though some moderates have bristled over McConnell’s reflexive support for Trump.

Democrats in the House brought the impeachment charges against Trump over his efforts to pressure Ukrainian President Volodymyr Zelenskiy to open a probe into former Vice President Joe Biden, a possible rival in this year’s presidential election, including in a July 25 phone call between the leaders.

Trump appeared on Sunday to reverse his position on how the Senate should proceed. Initially, he touted a Senate trial as an opportunity for his allies to force his critics to testify under oath, a process he said would benefit him politically.

But on Sunday, Trump wrote on Twitter that a full trial would give the Democrats undeserved credibility, and appeared instead to favour the Senate quickly dismissing the charges.

Pelosi, for her part, has remained involved in the impeachment process longer than expected. The House voted to impeach Trump in mid-December. But instead of quickly sending the articles of impeachment to the Senate to launch a trial, she delayed the process — a move she said was done to give her leverage to try to compel the Senate to hold a “fair” trial.

But after almost four weeks, Pelosi signalled she will relent and anticipates the House will finalise the process.

Critics have said Pelosi failed to gain much by holding onto the impeachment articles. She has said her delay brought some benefits.

“We wanted the public to see the need for witnesses, witnesses with firsthand knowledge of what happened, documentation which the president has prevented from coming to the Congress as we review this,” Pelosi said on Sunday in an interview with ABC’s “This Week.”

Republicans have focussed much of their response to the impeachment proceedings on Pelosi – a frequent target of criticism directed at Democrats.

“I didn’t get elected to have Nancy Pelosi play games, which is all she’s doing,” U.S. Senator Rick Scott said on Fox News on Sunday. “And she wants to spend all of her time on just trying to impeach this president because she hates Donald Trump.” 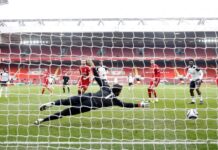 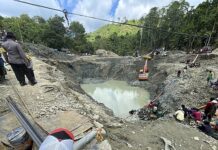 Rescuers hunt for survivors as dozens trapped in Indonesia landslide