LIMA (Reuters) – Peruvian police said on Tuesday they would deport five tourists and prosecute another after they allegedly damaged stonework and defecated among the ruins at Machu Picchu, an Incan citadel that is one of South America’s most renowned tourist attractions.

Authorities said the tourists, from Chile, Brazil, France and Argentina, snuck into the ruins and caused a rock to fall from a wall of the Temple of the Sun, damaging it. One of the foreigners allegedly defecated inside the Incan city.

An Argentine man will remain in the country to face charges for “destroying Peru’s cultural heritage” after he acknowledged a lead role in the vandalism.

Machu Picchu is a UNESCO World Heritage site visited by more than one million tourists a year. The mysterious, centuries-old stonework has long intrigued visitors, but a spike in tourism has raised concerns about damage to the delicate site.

The United Nations has previously warned of urgent problems with deforestation, the risk of landslides, uncontrolled urban development and illegal access to the sanctuary. 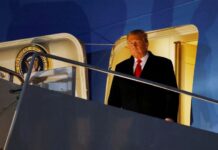 Giant fire near Sydney may take weeks to be put out