FRANKFURT: Pfizer and BioNTech said they had submitted data to the EU’s medicines watchdog today for the approval of their coronavirus vaccine for children aged five to 11, following a similar step in the US.

The vaccine makers announced last month that trial results had shown their jab was safe and created a “robust” immune response in that age group.

US pharma giant Pfizer and German partner BioNTech said they had submitted data from their study involving 2,268 children ages five to 11 to the European Medicines Agency (EMA) with a view to securing “Conditional Marketing Authorisation in the European Union”.

“The same data have been submitted to the US Food and Drug Administration and will be filed with other regulatory authorities in the coming weeks,” they added.

Although children are considered less at risk from severe Covid-19, they can still become sick and pass the virus on to the wider population.

Inoculating young children is seen as key to keeping schools open and helping to end the pandemic.

Pfizer and BioNTech formally requested emergency use authorisation of their vaccine in five to 11-year-olds in the US last week.

The FDA has scheduled an Oct 26 meeting to review the data, before giving its opinion on whether authorisation should be granted.

Children in the five to 11 age group in the Pfizer trial received a two-dose regimen of 10mcg, compared with 30mcg for older age groups. The shots were given 21 days apart.

The Pfizer vaccine is already being administered to adolescents over 12 in several countries, as well as to adults around the globe.

Pfizer and BioNTech are also trialling their vaccine on infants aged six months to two years, and on children aged two to five.

Initial data for these groups may come before the end of the year.

Israel has already given special authorisation to vaccinate children aged five to 11 who are “at significant risk of serious illness or death” from Covid, using the Pfizer jab at the lower dosage.

The Pfizer vaccine is based on novel mRNA technology, just like its US rival Moderna.

Moderna’s trial among six to 11-year-olds is still ongoing. 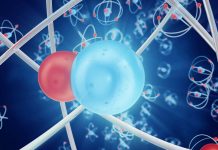 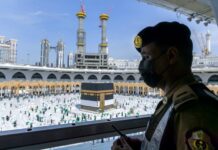