Kathmandu, May 18: Prime Minister KP Sharma Oli has extended his greetings on the occasions of the 2563rd Buddha Jayanti and Ubhouli festival on Saturday.
Issuing a greeting on the Buddha Jayanti, Prime Minister Oli said that the Buddha is a model worth being proud about by the entire world.
PM Oli stated that the Buddha, the epistle of peace, taught the world after being enlightened through a tough meditation for the welfare of the entire humanity.
“According to the Buddha, the world is full of sorrow. If the sorrow is removed, enlightenment or peace will be attained. So, he conveyed the teaching of friendship, compassion and non-violence to the entire world,” he said.
Oli mentioned in his message that the Buddha not only opposed custom of untouchability and discrimination based on caste system but also propounded the principle of equality. His teaching, principle and philosophy are followed and praised everywhere, he said.
Similarly, Prime Minister Oli said that Nepal is culturally a prosperous country.
Issuing a message on the occasion of Ubhouli, the great festival of Kiratas, Oli said that the unity among the people of diverse castes, ethnicities, languages and religions was worthy of pride.
“Nepalis have accepted the diversity as a principal formula of unity which is also a source of inspiration for the countries across the world,” he further said.
Stating that efforts were made to sow the seed of conflict to disturb the ethnic diversity in the country, the Prime Minister maintained that the Nepalis maintained ethnic, religious and cultural harmony by denying such elements and their activities at the right time.

First shuttle commander US astronaut John Young passes away at 87

As technology advances, women are left behind in digital divide 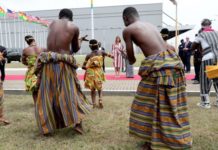