Spokesperson at the Yeti Airlines Sudarshan Bartaula informed that Yati Airlines has cancelled two flights to Pokhara from Tuesday. Other airlines have also stated that the flights were cancelled due to non-compliance with the regular schedule.

The flight could not take off at TIA due to lack of visibility till 11 am. Other Terai airports including Biratnagar, Bhairahawa, Nepalgunj, Dhangadhi and Simara were also closed till 12 noon so the morning flights from 7 am have been affected.

According to the airport, Yeti and Buddha Air flew from Biratnagar and Bhairahawa to Kathmandu at 11:30 pm on Wednesday after the regular schedule was changed for four hours. Spokesperson of Tribhuvan International Airport, Prem Nath Thakur, said that the visibility in Kathmandu was only 1400 meters on Thursday morning. He said that due to low visibility other airports remain closed while Kathmandu airport becomes ready to operate flights.

As there is only one runway in TIA, one plane has to wait for up to one hour while preparing to take off as the first priority is always given to the planes that are approaching for landing. At present, there are nine domestic airlines and 33 international airlines operating up to 340 daily flights. According to Barun Poudel, senior meteorologist at the Meteorological Forecasting Division, it will take another week for the current weather to improve. 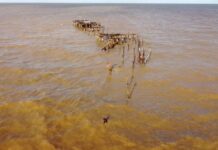