TOKYO (Reuters) – A powerful typhoon brought heavy rain and high winds as it approached southern Japan on Saturday, causing power outages in several cities and prompting Kansai International Airport near Osaka to plan a temporary closure of its runways from Sunday.

Typhoon Trami, rated category 2 by Tropical Storm Risk, with category 5 the highest, is the latest storm to threaten Japan in a year of weather-related woes, including punishing heat, heavy rains and landslides.

Outlying islands in the Okinawan chain, some 1,000 km southwest of Tokyo, were being pounded by heavy rain and high tides a day before an Okinawan gubernatorial election on Sunday.

Strong wind knocked down trees, blew off an outer wall from a building and left nine people injured in Okinawa. Trami also caused power outages in more than 30 towns, according to public broadcaster NHK.

Kansai International Airport in Osaka, western Japan, which was heavily flooded by a typhoon last month, announced that it would close its runways from 11 a.m. (0200 GMT) until 6 a.m. on Monday. The airport only fully reopened on Sept. 21.

NHK also said airlines had cancelled more than 390 flights, mainly those flying in and out of Okinawa. More flight cancellations were planned for Sunday.

Churning north across Okinawa on Saturday, Trami is predicted to move across the islands of Kyushu and the main island of Honshu on Sunday, a path similar to that taken by typhoon Jebi early in September.

Bullet trains running between the two western Japan cities of Osaka and Hiroshima will suspend operations on Sunday morning in anticipation of heavy rain and wind, operator West Japan Railway said on Saturday.

Last month’s Typhoon Jebi, the most powerful storm to hit Japan in 25 years, brought some of the highest tides since a 1961 typhoon. 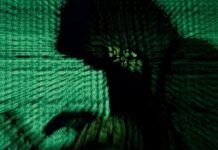 US pipeline hit by massive cyberattack fully back to ‘normal’