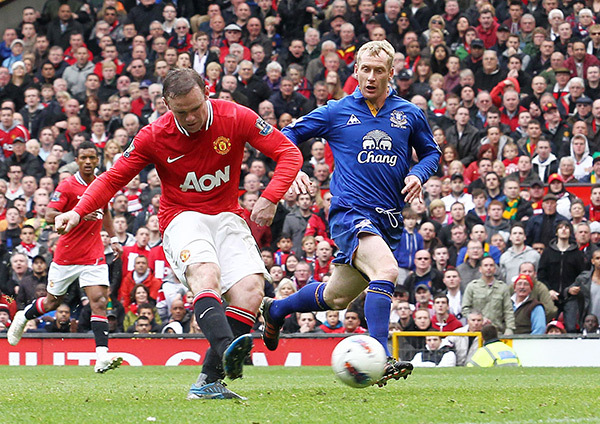 Manchester United’s Antonio Valencia celebrates scoring their first goal with teammates and Romelu Lukaku. With United’s rivals Manchester City having clinched a dominant 6-0 victory over Watford 24 hours earlier there was an expectation from United fans for Jose Mourinho’s side to keep pace with the Premier League leaders.

Rooney, United’s all-time leading goalscorer, was afforded a generous reception by the United fans and carried Everton’s main goal threat before he left to a standing ovation from the home supporters after being substituted with eight minutes left.

Nemanja Matic swept a cross-field pass to Valencia on the corner of the penalty area and the Ecuador international, albeit afforded time and space by a flat-footed Everton defence, struck a sweet half-volley which arrowed high into the net.

Despite Everton’s improvement United remained a threat and went close when Juan Mata curled a free-kick around the Everton wall and against the post shortly after the hour mark.

Business, transport suspended in India during 14-hour lockdown for coronavirus 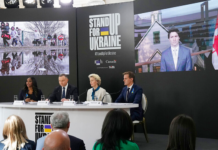