Puerto Rican officials rushed to evacuate some 70,000 people downstream of a failing dam in the wake of Hurricane Maria, while at least six people were confirmed dead on the US Caribbean territory following the storm.

The US National Weather Service (NWS) issued a flash flood emergency at the Guajataca Dam in Isabela Municipality, saying on Twitter that it was “an extremely dangerous situation” and that buses were evacuating residents from their homes “as quickly as they can”.

Dam operators had reported that the dam was “failing causing flash flooding downstream”, the service said.

An engineer inspecting the dam reported a “contained breach” that officials quickly realised was a crack that could be the first sign of total failure of the dam, said Anthony Reynes, a meteorologist with NWS.

The evacuation came as at least six people were confirmed dead in Puerto Rico after Hurricane Maria pummelled the region.

Puerto Rico is grappling with the largest municipal debt crisis in US history, with both its government and the public utility having filed for bankruptcy protection amid disputes with creditors. 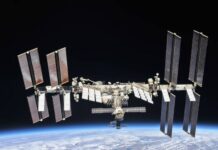 Sanctions could cause space station to crash, says Russia 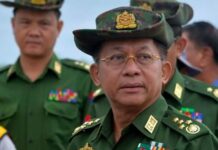