“Putin’s offensive is stuck despite all the destruction that it is bringing day after day,” Scholz said in a speech to the German parliament.

Unprecedented sanctions imposed by western partners are working and will only bring further damage to Russia’s economy, the German leader warned.

“But that is just the beginning, many of the toughest consequences will only been seen in the coming weeks,” he said, warning that “we are constantly creating sanctions”.

Putin “must hear the truth” that not only is the war destroying Ukraine, “but also Russia’s future”.

Scholz insisted that Germany stands by Kyiv, but said he would not endorse calls for Nato to help erect a no-fly zone over Ukraine or to send in “peacekeeping troops”.

“As difficult as it is, we will not give in on that,” he said, adding that Germany would not risk a direct military conflict between nuclear-armed Russia and Nato.

In an interview with weekly Die Zeit, Scholz said he had an “idea about an outcome for talks” on an end to the Russian invasion, but said to discuss it publicly would be “irresponsible”.

“The admirable resistance of Ukrainians has increased the chances of a deal” between Moscow and Kyiv, he said.

“But it is far from certain. It is still unclear whether Russia even wants an agreement. That’s how bitter the situation is.” 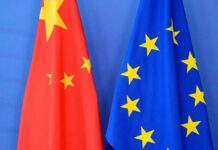 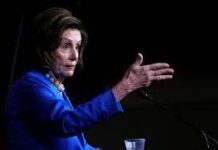 ‘Now or never’: Hong Kong protesters say they have nothing to...