GENEVA: Red Cross chief Peter Maurer on Thursday implored Russia and Ukraine to build on rare glimmers of hope and alleviate the suffering for “terrified” civilians caught up in the conflict.

The president of the International Committee of the Red Cross, who is in Kyiv on a five-day visit to Ukraine, said the war triggered by Russia’s Feb 24 invasion had inflicted “vast” devastation and people were frightened for their future.

But the ICRC head said the safe passage corridor established on Tuesday to get non-combatants out of the northeastern city of Sumy gave grounds for some optimism.

Speaking to reporters via video-link, Maurer said he was in Kyiv to make an urgent plea to both sides to bring civilians some respite.

“I appeal to the parties to take every chance to build on small steps to alleviate suffering, like the glimmer of hope we saw this week in Sumy,” he said, of humanitarians helping thousands escape from harm’s way.

“This glimpse of humanity is something we sorely need more of,” he said.

He called for concrete agreements to give civilians safe passage out of cities like the besieged Mariupol, for aid to be allowed in, for non-combatants to be protected, for civilian infrastructure to be spared, and for prisoners of war to be treated with dignity.

“Civilians affected by the conflict in Ukraine are terrified of what the future holds,” Maurer said.

“Families huddle in unheated basements knowing their neighbourhoods are now frontlines. Women and children walk through cold in search of shelter. The crisis … deepens by the hour.”

Maurer said he too has had to take shelter underground when the air raid warnings are sounded.

“I respect the rules that when sirens go off and there is a clear signal of risk, we temporarily move to bunkers,” he said.

Ukraine says more than 2,000 people have died so far in the city — a key strategic target for Moscow — and on Thursday accused Russia of bombing a theatre sheltering more than 1,000 civilians.

“The suffering in Mariupol must not become the future of Ukraine,” Maurer insisted.

The Swiss former diplomat said the 30 to 40 ICRC staff who had remained in Mariupol left on Wednesday, having stayed until they could no longer operate at all.

But he said they had made plans to return with humanitarian assistance as soon as possible.

Maurer was confident that more agreements on safe exit routes could be struck between the Ukrainian and Russian forces, given the “positive developments” on safe corridors in recent days.

He said the hold-ups were down to a lack of trust between the opposing parties, the military situation on the ground, and “weapons-contaminated” roads which needed clearing.

“A lot will depend on whether talks lead to either temporary and partial ceasefires, which would of course facilitate humanitarian work — or whether we will see an intensification of warfare again,” he said. 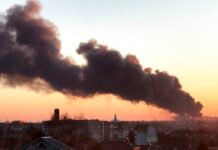