KYIV: The International Committee of the Red Cross (ICRC) yesterday said the operation to help people leave the besieged city of Mariupol was continuing, hours after Russia said it had failed and blamed the organisation.

Russia’s defence ministry said aid convoys had not been able to reach Mariupol on Friday or yesterday and blamed “destructive actions” by the ICRC, Interfax news agency said.

A Red Cross convoy traveling to the Ukrainian port turned around on Friday because it had become impossible to proceed with its mission to begin evacuating civilians, the ICRC said.

“The humanitarian operation to facilitate the safe passage of civilians out of Mariupol is ongoing. The situation on the ground is volatile and subject to rapid changes,” an ICRC spokesman said by email.

“Given the ICRC’s role as a neutral intermediary in what is a highly complex operation, the ICRC is not in a position to comment further at this time.”

Interfax had quoted colonel-general Mikhail Mizintsev, the director of the Russian National Centre for Defence Management, as saying the ICRC had shown its inability to provide any help in preparing to evacuate civilians from the city.

Mizintsev said due to the actions of the Red Cross, the convoys had left very late on April 1 and 2 and were not able to reach Mariupol on time.

He said that on Friday, ICRC employees had made unplanned stops en route and some vehicles had broken away from the main convoy and then returned. 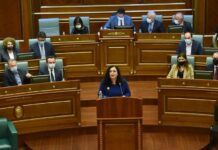