Republican Party donor Rebekah Mercer said on Thursday she does not support “recent actions and statements” by former White House aide Steve Bannon, who was quoted in a new book making comments critical of President Donald Trump and his family, the Washington Post reported.

I support President Trump and the platform upon which he was elected,” Mercer said, according to the Post. “My family and I have not communicated with Steve Bannon in many months and have provided no financial support to his political agenda, nor do we support his recent actions and statements.” 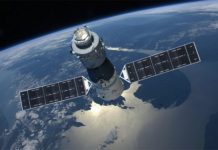 China’s space station is out of control and will smash into...

At U.N., Europeans urge North Korea to move toward giving up...