TOKYO: Rescuers in Japan were searching today for a sightseeing boat carrying around 30 people that sent a call warning it was sinking off the north coast, the coast guard and local media said.

A local coast guard official told AFP that rescuers had “set up a task force to tackle the incident” and look for the missing, but declined to confirm any other details of the reported accident.

National broadcaster NHK said the crew of the “Kazu 1” told the coast guard the boat’s bow was flooded and the vessel was sinking off the Shiretoko Peninsula in northern Hokkaido.

The crew and passengers were wearing life jackets, but the distress call said the vessel was “tilting about 30°”, NHK said.

The coast guard then reportedly lost contact with the vessel, and search helicopters arrived in the area around four hours after the distress signal was sent.

The Shiretoko Peninsula is a world heritage site designated by Unesco in 2005 and is known for its unique wildlife, including the endangered Steller’s sea lion, as well as migratory birds and brown bears. 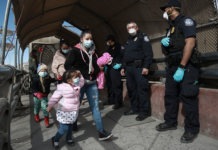 US intercepts ‘unprecedented’ number of migrants from Mexico border 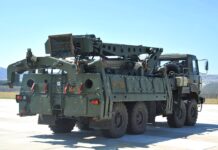 List of people who have resigned in Trump administration 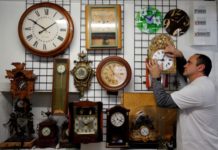