(Reuters) – Relativity Space, a venture-backed rocket maker, said on Tuesday it will lease space from NASA in Mississippi, where its gigantic 3D printers will produce low-cost rockets to be used to launch small-payload satellites into orbit.

The lease, for 220,000 square feet (20,000 square meters) at NASA’s Stennis Space Center rocket-testing facility, is the latest step for the Los Angeles-based company in its ultimate mission to 3D print rockets on Mars, a goal Relativity’s chief executive, Tim Ellis, says is a prerequisite for space colonization.

First the company must perfect a system where machine-learning robots can manufacture and assemble its flagship Terran 1 rocket in space without help from humans, a target that Relativity hopes will be reached with cash generated from launching small satellites on its rockets built at the Stennis facility.

The Stennis center will eventually employ 200 engineers, nearly double the company’s current workforce of 90. The state of Mississippi offered a “significant” incentive package, the company said in a statement.

Stargate will enable the production of an entire rocket in under 60 days, said Ellis, who is looking to launch nearly two dozen a year in the next five years to prove the company’s production method.

That lands the company between U.S.-New Zealand competitor Rocket Lab, whose Electron rocket aims to send nearly 500 pounds to space for $5.7 million, and Cedar Park, Texas-based Firefly Aerospace Inc’s Alpha rocket, which is expected to loft 2,200 pounds (1,000 kg) into low-Earth orbit at a cost of $15 million per flight.

The companies make up a growing portion of the U.S. launch industry, which is currently filled by larger rockets from Boeing-Lockheed venture United Launch Alliance and Elon Musk’s SpaceX. The smaller rockets are tailored to loft swarms of small satellites and mixed payloads into orbit, catering to an increasingly popular portion of the satellite industry. 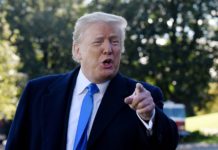