Imposing tougher sanctions on North Korea over its nuclear missile program would be counterproductive, and threats of military action could trigger “a global catastrophe”, Russian President Vladimir Putin has said.

He warned that North Korean leader Kim Jong Un has calculated that the survival of his regime depends on its development of nuclear weapons. Kim had seen how western intervention in Iraq had ended in the overthrow of Saddam Hussein after which the country was ravaged by war, Putin warned, and Kim was determined not to suffer the same fate.

On Monday, US Ambassador to the United Nations Nikki Haley said Kim was “begging for war” and urged the UN Security Council to adopt the strongest sanctions measures possible to stop Pyongyang’s nuclear program.

Speaking at the closure of the BRICs summit in Beijing — which hosted the leaders of Brazil, India, China and South Africa — Putin said that while Russia condemned North Korea’s latest actions.

North Korea claims it now has the capability of mounting a thermonuclear weapon on a long-range missile capable of striking the United States.Weapons experts say it’s almost impossible to verify if the warhead and missile could be successfully paired unless North Korea was to fire a nuclear-tipped ICBM.

Putin said it was clear that Pyongyang already had a nuclear capability — and in any case, no missile defense system could offer adequate protection against conventional long-range artillery.

In response to the latest tests, the South Korean Navy announced Tuesday it conducted live-fire drills off the east coast of the Korean Peninsula to check its “immediate operational readiness” after the new reports in South Korean media, quoting intelligence sources,they have detected a missile launcher on the move in North Korea that is heading towards the west of the country. 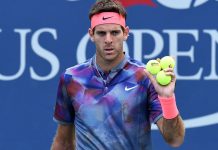 India’s Modi launches health insurance for 100 million families ahead of...