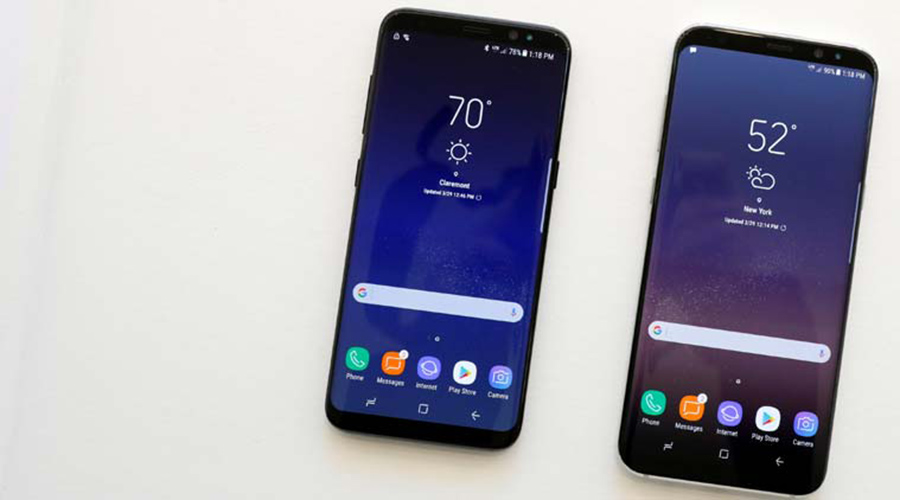 Here’s all you need to know about the Galaxy S9 and S9+, including their release date, price, specifications, features, and more.

It’s all certain that the Galaxy S9 will be improved over its predecessor, featuring a better display, improved camera, and an updated processor. However, it won’t be that easy for Samsung to make its next high-end smartphone a huge success. The Galaxy S9 will be facing tough competition from Apple’s iPhone X, which features a bezel-less design, updated cameras, top-notch specifications, and facial-recognition skills. Which is why we’re so much interested in the Samsung Galaxy S9 release and all the rumours surrounding the follow up to the Galaxy S8?

Here’s all you need to know about the Galaxy S9 and S9+, including their release date, price, specifications, features, and more.

When will the Galaxy S9 be released?

Samsung typically releases its flagship smartphones under the Galaxy S series during the annual Mobile World Congress annual trade show in Barcelona, which kicks off in February. Though the company decided to unveil the Galaxy S8 in a separate event in the New York City earlier this year. It’s unclear when Samsung plans to announce its Galaxy S9, but a report from Bloomberg claims the device could be officially revealed as early as late February. Bloomberg also said Samsung is planning to sell the Galaxy S9 (including the Galaxy S9+) in the beginning of March next year.

We had earlier heard that the Galaxy S9 release in January next year, possibly at the annual Consumer Electronics Show (CES). Now it looks like the launch won’t happen in January and instead fans have to wait till February end to know more about the Galaxy S9 and S9+.

Pretty much everyone  is saying that the Galaxy S9 won’t look too different from the Galaxy S8 in terms of design, barring a few minor tweaks. A report by The Bell claims that the new smartphones will see the same 18:9 panels as we have on the Galaxy S8 and S8+. However, the report said the displays on the Galaxy S9 and S9+ will be improved, in addition of an in-screen fingerprint scanner.

What new functions the Galaxy S9 will have?

Samsung Galaxy S9 will feature the Snapdragon 845 mobile processor. It is said that the Korean company has dibs on the entire first production batch of the Snapdragon 845 for the Galaxy S9. The latest mobile processor brings up to 30 per cent faster performance and is 15 per cent more power efficient. The GPU is also faster; the chipset promises a longer battery life. We can expect 6GB RAM inside the Galaxy S9 and S9+. And outside of the US,  the Galaxy S9 will be powered by the company’s own Exynos 9810 chipset, which is built on the 10nm process.

The Galaxy Note 8 featured a dual-camera system. So it’s safe to assume that Samsung Galaxy S9 will likely to get dual-cameras, though we’re still not sure about the same. However, we do know that Samsung plans to add a  1000fps camera sensor that will allow the Galaxy S9 to record super-slow movie recording, like the Sony Xperia XZ Premium.

Both the Galaxy S9 and S9+ should come with 64GB of internal memory for the base model. We won’t be surprised to see the Galaxy S9 series getting 512GB of in-built storage. Samsung has recently announced that it’s started mass-producing a 512GB embedded Universal Flash Storage solution – and the Galaxy S9 could be the first smartphone ship with it on board.

And the Galaxy S9 and S9+ will no doubt launch with Android Oreo out-of-the-box. We’re expecting Bixby to feature on both smartphones like the Galaxy S8 and S8+, possibly with major improvements.

Dozens killed in IS, Russia-backed regime clashes in Syria