Zebras are one of nature’s most interesting creations. They’re like horses, only they have a distinct pattern and colors that are unlike just about any other species. Their stripped coats have been the subject of much scientific debate over the years, with a number of proposed theories attempting to explain its advantages.

You might remember being told in school that zebras have stripes because it makes it harder for predators to pick out one animal to chase, or that the patterns are unique to each animal and act like an identification for others in the group. Now, a new study suggests that the stripes may have a different purpose entirely.

In a paper published in PLOS One, a team of scientists explains how a new experiment may hint at the real reason for zebra stripes.

Previous studies have shown that bugs don’t bite zebras at the same rate at which they attack horses, but it was unclear why that discrepancy existed. The team tackled that question by studying both horses and zebras and tallying the number of insects that landed on and bit each animal.

Then, they took an extra step and did something rather odd: They dressed up horses like zebras by covering them in a thin tarp with zebra-like stripes. This was done to eliminate any other factors that might make the horses more appealing, and low and behold, the stripes seemed to do the trick.

Horse flies (called tabanids) avoided the horses dressed as zebras despite being the exact same animal that they were previously keen to attack. It seems the stripes do something that messes with the flies own movement, making it difficult to land.

“We noticed that tabanids approaching zebras failed to decelerate in a controlled fashion towards the end of their flight trajectories whereas they steadily decelerated before landing or touching horse pelage,” the paper reads. “Flies often simply bumped into zebras but fail to land or fly away.”

The bugs were still attracted to the zebras, and still pursued them from a distance, but couldn’t nail the landing when they got close. When the flies would bump into the zebra in a failed landing attempt, the zebras swatted at them with their tails, ruining their chances of re-attaching and feeding on their blood. 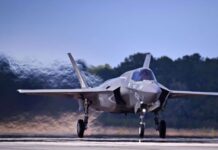 Finland to buy 64 US F-35 fighters in huge deal 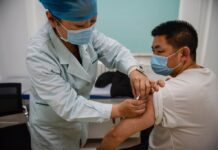 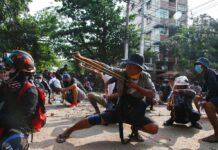