LOD, Israel (Reuters) – British billionaire Richard Branson backed a second Brexit referendum on Wednesday in the belief that Britons would reverse a decision to leave the European Union.

A second referendum could be possible if Prime Minister Boris Johnson fails to win support for his new Brexit divorce deal.

Brexit “has done enormous damage to companies, to jobs and money (consumers have) in their pockets, so if there is a second referendum — and if you look at all the polls it looks like people realize they were misled and they would vote conclusively to stay in Europe — I would certainly recommend that’s how they should vote,” Branson said.

“If that happened we would see the pound roaring back up, we would see trade trying to get back to the levels before the last referendum, and it would be happier days all around,” he told a news conference at Ben Gurion International Airport near Tel Aviv to inaugurate a new London-Tel Aviv route.

Branson also said he was “bullish and confident” ahead of a public offering (IPO) next week of shares in Virgin Galactic, which will become the first space company to float.

“This is going to be only way for people to invest in a space company,” he said.

“We have had a lot of success putting the first five people into space and turning them into astronauts … Next year should be a very exciting year for Virgin Galactic and the start of a whole new era of space travel.”

The IPO will give Branson’s venture much-needed capital in the race to space against rivals such as Jeff Bezos’ Blue Origin and Elon Musk’s SpaceX.

Virgin is also aiming to become Britain’s second flag carrier behind British Airways (part of IAG and believes it is well positioned to do so once a third runway is opened at London’s Heathrow Airport, said CEO Shai Weiss.

Weiss noted Virgin had struggled in recent years but had started to grow again, allowing it to investment in its fleet and expand to new routes such as Tel Aviv, Sao Paulo and Mumbai.

“We are back to growth and hopefully we will be back to profitability in 2021,” he said, adding that the demise of Thomas Cook had the carrier poised for further routes.

On the Tel Aviv route, Virgin will compete against BA, Israel’s El Al , WizzAir and EasyJet . “Israel is growing fantastically well,” Weiss said. “It’s a tech hub and connects both to London and beyond.” US, Australia begin top-level talks on China amid soaring tensions 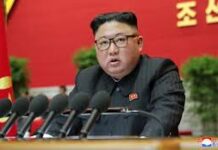