Kathmandu, May 13 : A team has left here today for Darchula district in connection with setting up an Armed Police Force (APF)’s unit in that area for securing the border around the Lipulek area. APF’s border outpost (BOP) is being set up at Chhangru of Byas rural municipality in Darchula district.
An APF contingent will be airlifted to Chhangru today by a Nepali Army’s MI-17 helicopter. The APF unit will mobilise for border security in the area after India unilaterally constructed and inaugurated a road by encroaching on Nepali territory. India has constructed road from Pithoragadh to Lipubhanjyang via Gunji of Kalapani on Nepal side of the border. The road connects to Manasarobar of China.
The government is sending the APF team to the area for securing the country’s border. Twenty five personnel would be mobilised at the BOP. Chief of APF Nepal No. 50 Company, Deputy Superintendent Dambar Bahadur Bishta, said the 25-member team would be mobilised under the command of Police Inspector Mili Bahadur Chand.
Although the government had decided to keep a BOP at Chhangru in November last year itself, it could not be implemented till date. At that time APF had 107 BOPs stationed at the border. In November-December, the government decided to increase the number of BOPs to 114 BOPs. After that APF’s BOPs were established at 13 places only, APF spokesman, Deputy Inspector General, Prabin Kumar Shrestha, said. 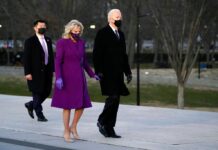 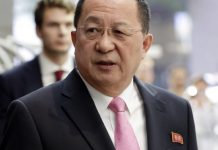 North Korea’s foreign minister: All options on the table

Another heartbreak for Federer in bid for 21st grand slam title