Officials asked residents in the town of Denham, Shark Bay, 500km north of Perth to evacuate while sandbags were being made available to residents of Geraldton, further down the coast, due to potential storm surge.

“There is a possible threat to lives and homes as a cyclone is approaching the area. You need to take action and get ready to shelter from a cyclone,” the Department of Fire and Emergency Services (DFES) said in a bulletin.

The Category 2 cyclone was rapidly moving southeast and could reach Category 3 severity before it makes landfall, the Bureau of Meteorology said. A Category 3 classification can see wind speeds of up to 224km an hour.

“Impacts to the west coast of WA begin this afternoon and inland parts this evening and overnight. Dangerous conditions including destructive wind gusts, intense rainfall and a dangerous storm tide,” it said on social media.

Officials were braced for a high degree of damage to buildings in the area, the state emergency services minister said on Saturday, given buildings were not constructed to withstand such strong winds in a region that is typically too far south to fall into the path of cyclones.

﻿’Superfan’ of Japan’s royals has followed them for decades 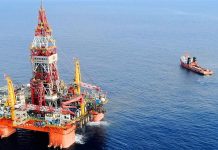