SINGAPORE (Reuters) – Singapore on Friday hanged a Malaysian convicted of drug trafficking, the latest in what rights groups said was a series of executions prompting them to renew calls for the wealthy city-state to abolish the death penalty.

Singapore has some of the world’s toughest anti-drugs laws, and airport customs forms warn arriving travellers of “death for drug traffickers” in no uncertain terms.

Human rights group Amnesty International and the U.N. Human Rights Office have urged Singapore to halt executions and follow the example of neighbouring Malaysia, where a newly elected government has vowed to end capital punishment by year-end.

“The execution was an unlawful and brutal act, carried out in breach of due process and in defiance of the appeals made by Malaysia,” N. Surendran, the lawyer for the executed man, said in a statement.

Prabu N Pathmanathan, the Malaysian citizen, was hanged at dawn in the city state’s Changi prison, he added.

Malaysia’s foreign ministry said on Friday it had appealed to the Singapore government for leniency in the case on humanitarian grounds, but that it respected the rule of law and due process in Singapore.

Singapore’s Ministry of Home Affairs did not immediately have comment.

A regional representative of the United Nations Human Rights Office urged Singapore to immediately ban the death penalty as a step towards its complete abolition.

“We are deeply dismayed that there has been a sharp increase in executions in Singapore in recent years,” said Cynthia Veliko, the U.N. official.

“We understand that there have … been a number of executions to date in 2018, including a reported four this week alone.”

Amnesty International said the execution of another man, whose name had not been released, was imminent, citing reports of another man executed this week and three on Oct. 5, all for drug-related offences.

That compares with eight executions for drug-related offences in Singapore for all of 2017.

Although 15 countries prescribed the death penalty for drug-related offences in 2017, Amnesty recorded executions in only four – China, Iran, Saudi Arabia and Singapore, it said in a statement.

Pathmanathan was convicted of smuggling drugs from Malaysia into Singapore in 2014, court documents show.

“Yes, he broke the rules, but that doesn’t mean you have to kill him,” Magentrau Somalu, one of his close friends, told Reuters. “He deserved a second chance.” 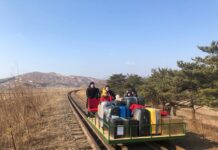 It Sure Looks Like Humans Have Found a Way to Reverse...