WASHINGTON: US lawmakers backed the decriminalisation of marijuana nationwide in a vote Friday that will eliminate punishments for providing or possessing the drug if is signed into law by President Joe Biden.

The Democrats’ Marijuana Opportunity Reinvestment and Expungement (MORE) Act would remove its categorisation as a dangerous “schedule 1” controlled substance alongside much harder narcotics that attract severe sentences, like heroin and LSD.

The bill cleared the House by 220 votes to 204, with three Republicans crossing the aisle, but analysts are sceptical about its prospects in the Senate, where Democrats would need 10 opposition lawmakers to overcome a 60-vote hurdle.

The US government is out of line with three-quarters of states that have legalised marijuana for medical use and a third of states, like California and Washington, that have freed it for recreational use, too.

“If states are the laboratories of democracy, it is long past time for the federal government to recognise that this experiment in legalisation has been a resounding success,” said House Judiciary Committee Chairman Jerry Nadler, one of the bill’s sponsors.

Cannabis is one of the fastest-growing industries in the US, with sales hitting US$25 billion in 2021, according to influential cannabis website Leafly, and projected to reach US$40.5 billion by 2025.

A report released in February by the Seattle-based company said the legalised cannabis industry provides work for more than 400,000 Americans and created some 280 new jobs a day last year.

California, the first state to legalise medical marijuana in 1996, made $1 billion in tax revenue in the first two years after expanding to full recreational use in 2018.

But marijuana remains illegal under federal law, posing significant hurdles for businesses that find themselves barred from accessing financial services and unable to secure loans or open bank accounts.

The MORE Act would provide loans to help small businesses “owned and controlled by socially and economically disadvantaged individuals”, the bill reads.

Many people arrested for marijuana use would see their records expunged, and those jailed on federal cannabis charges would have their sentences reviewed.

A federal tax would begin at 5%, with proceeds funding substance abuse treatment and legal counselling for the overwhelmingly black communities harmed by the war on drugs.

The reform is hugely popular among Americans. A Pew Research poll found last year that 91% of adults think marijuana should be legal, either medically, recreationally or both.

But Republicans argue that decriminalisation will increase use and create another layer of bureaucracy in the Treasury Department.

A similar bill passed the House in 2020 in a vote divided largely along party lines – but went nowhere in the then-Republican majority Senate.

Campaigners for legal reform applauded the vote, noting that black people are almost four times as likely to be arrested for marijuana possession as whites, even though usage statistics are similar.

“Now is the time for the Senate to act on sensible reform legislation so that we can finally end the failure of prohibition and foster a well-regulated marketplace for cannabis,” added Aaron Smith, the CEO of the country’s largest marijuana trade association, the National Cannabis Industry Association. 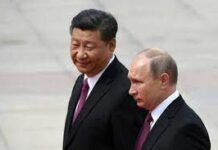 In World Cup, Serbia Holds On Against Costa Rica