LONDON (Reuters) -A goal for Christian Eriksen, two from Vitaly Janelt and a late addition from Yoane Wissa earned Brentford a shock 4-1 comeback victory over west London neighbours Chelsea in the Premier League on Saturday.

It was Brentford’s first Premier League visit to Stamford Bridge and it looked to be going the European Champions’ way when centre back Antonio Rudiger brought the game to life after a dull first half with his screamer of a shot from about 35 metres flying in off the post.

The German raced to the bench and hugged coach and compatriot Thomas Tuchel but the home celebrations were short-lived, proving merely a prelude to 10 minutes of frenzied action from their lowly visitors.

Two minutes later on the break the lively Bryan Mbuemo put Janelt through to score.

Mbuemo then assisted Brentford’s second with a pinpoint pass to Eriksen for the Dane to score his first goal for his new team in the 54th minute.

Eriksen, whose career had been in doubt after he collapsed on the pitch during the European Championship last year, had also scored twice in two games for his country during the recent international break.

Janelt sent the away end of Stamford Bridge into raptures in the 60th minute with a looping shot from an Ivan Toney pass to put them on course for all three points and a move further away from the relegation zone.

Substitute Wissa put the icing on the cake in the 87th minute, condemning a lacklustre Chelsea to their first home defeat since September.

It was the first victory for promoted Brentford over Chelsea since 1939.

The home side, who had won their last five games despite the turmoil surrounding the club with sanctions against Roman Abramovich and the search for a new owner, looked off the pace from the start.

Hakim Ziyech had the best chance of the first half for Chelsea, letting rip a powerful shot from the right that David Raya tipped over the bar in the 38th minute.

Brentford had already sent out warning signs with Toney having three chances in the first 20 minutes, firing over the bar and testing Edouard Mendy with a shot that needed tipping round the post.

Chelsea, who had not lost in the Premier League since mid-January, remain third in the table but lost ground on leaders Manchester City and Liverpool who both won on Saturday. Brentford moved up to 14th, four places above the drop zone. 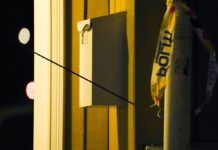 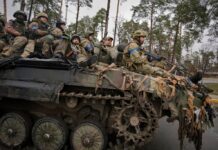 Ukraine says Russian attack in the east ‘will begin soon’

﻿Kremlin accuses U.S. of trying to usurp power in Venezuela