LONDON (Reuters) – Thomas Tuchel praised his Chelsea side’s response to last week’s shock defeat by West Bromwich Albion after Saturday’s impressive 4-1 victory away to Crystal Palace.
Two goals by Christian Pulisic and one each for Kai Havertz and Kurt Zouma secured Chelsea’s biggest victory since Tuchel replaced Frank Lampard in the Stamford Bridge hot seat.
Tuchel had enjoyed a 14-match unbeaten run since being hired and while a 5-2 home defeat by relegation battlers West Brom was a reality check, Chelsea have got back on track with a Champions League win over Porto and then demolishing Palace.
“Everything was bad against West Brom. The result was horrible but the stats were not as bad,” Tuchel said.
“Today we were very hungry, full of confidence and wanted to play a very aggressive game in terms of high recoveries.
“We were totally focused. It was good with the attitude today. It’s a part of our DNA to be aggressive and should be.”
The win put Chelsea back in fourth spot in the Premier League although West Ham United could dislodge them on Sunday if they beat Leicester City.
“Of course I came to England for the targets which was to finish in the top four,” Tuchel said. “We have our own way to go. We need results continually.
“We had a setback last week but it is not the moment to look at other teams all the time. We are in the middle of the race.”
German youngster Havertz produced one of his most effective games for Chelsea, scoring a well-taken goal, his first in the league since October, and setting up another for Pulisic soon afterwards to put Chelsea in control.
Tuchel said the challenge was for Havertz to show his quality on a consistent basis.
“He needs to show his quality, it’s as easy as that. Kai will never be our emotional leader and we don’t expect that from him. We expect him to show his quality,” Tuchel said.
“Honestly he needed to show he could do better, that was a personal challenge for him. He got a second chance to show up after Porto and he did that.
“There is still room to improve in finishing, he can be more ruthless, he should have scored more, but it was a good step and a good performance.” 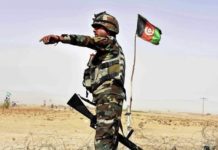 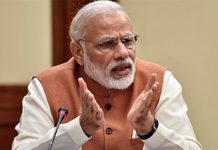