It was the first official confirmation by South Korean authorities that North Korea has been continuing to enrich uranium, JoongAng said.

Trump said on Wednesday he would be very disappointed in Kim if reports about rebuilding at a rocket launch site in North Korea were true. 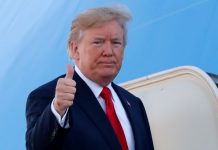