South Korea booked their place at a ninth straight World Cup finals on Tuesday evening as a 0-0 draw with Uzbekistan was enough for Shin Tae-yong and his team to book their ticket for Russia while Saudi Arabia’s 1-0 win over Japan condemned Australia to a place in the playoffs.

However, there was heartbreak for Uzbekistan as a late goal from Omar Al Soma in Tehran saw Syria move into third place in the group as Aymen Hakeem’s side sealed a 2-2 draw with already-qualified Iran on a dramatic final night of Asia’s qualifying campaign.

South Korea ensured they would finish in second place in Group A behind the Iranians and two points clear of Syria as the nation continued their remarkable run of consecutive appearances at the World Cup. 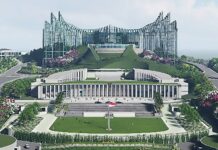 After public grilling, ex-Trump lawyer Cohen to testify on Russia in...