SpaceX looks ready to proceed to the next crucial phase of its Starship spacecraft development program: A 15km (50,000 feet) test flight. This would far exceed the max height that any prior Starship prototype has achieved so far, since the current record-setting hop test maxed out at around 500 feet. Elon Musk says that SpaceX will look to make its first high-altitude attempt sometime next week.

This tentative date (these are always subject to change) follows a successful static test fire of the current SN8 generation prototype — essentially just firing the test spacecraft’s Raptor engines while it remains stationary on the pad. That’s a crucial step that paves the way for any actual flight, since it proves that the spacecraft can essentially hold together and withstand the pressures of active engines before it leaves the ground.

SpaceX’s SN8 prototype is different from prior versions in a number of ways, most obviously because it has an actual nosecone, along with nose fins. The prototypes that did the short test hops, including SN6, had what’s known as a mass simulator up top, which weighs as much as an actual Starship nose section but looks very different.

Musk added that the chances of an SN8 high-altitude flight going to plan aren’t great, estimating that there’s “maybe a 1/3 chance” given how many things have to work correctly. He then noted that that’s the reason SpaceX has SN9 and SN10 ready to follow fast, which is a theme of Starship’s development program to date: building successive generations of prototypes rapidly in parallel in order to test and iterate quickly.

We’ll likely get a better idea of when the launch will take place due to alerts filed with local regulators, so watch this space next week as we await this major leap forward in SpaceX’s Starship program. 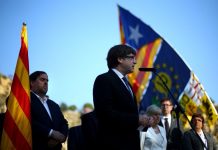 Catalan leader calls for calm ahead of Madrid deadline 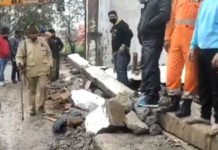