COLOMBO: Sri Lanka cancelled exams for millions of school students as the country ran out of printing paper with Colombo short on dollars to finance imports, officials said today.

Education authorities said the term tests, scheduled a week from Monday, were postponed indefinitely due to an acute paper shortage as Sri Lanka contends with its worst financial crisis since independence in 1948.

“School principals cannot hold the tests as printers are unable to secure foreign exchange to import necessary paper and ink,” the department of education of the western province said.

Official sources said the move could effectively hold up tests for around two thirds of the country’s 4.5 million students.

Term tests are part of a continuous assessment process to decide if students are promoted to the next grade at the end of the year.

A debilitating economic crisis brought on by a shortage of foreign exchange reserves to finance essential imports, has seen the country run low on food, fuel and pharmaceuticals.

The cash-strapped South Asian nation of 22 million announced this week that it will seek an IMF bailout to resolve its worsening foreign debt crisis and shore up external reserves.

Around US$6.9 billion of Colombo’s debt needs to be serviced this year but its foreign currency reserves stood at about US$2.3 billion at the end of February.

Long queues have formed across the country for groceries and oil with the government instituting rolling electricity blackouts and rationing of milk powder, sugar, lentils and rice.

Sri Lanka earlier this year asked China, one of its main creditors, to help put off debt payments but there has been no official response yet from Beijing. 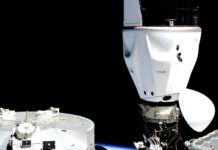