Nagpur’s Sugandha Date on Sunday emerged as the winner of Sa Re Ga Ma Pa Li’l Champs 7. Pritam Acharya and Mohammad Faiz were announced as the first and second runner-up, respectively. Sugandha took home the coveted trophy and cash prize of Rs 5 lakh.

On Sugandha Date’s victory, judge Shaan, in a statement, said, “Sugandha has been consistently performing at the highest level throughout the season and has always been working towards perfecting her singing skills week after week. She is the perfect example of ‘Music se badhangey hum’. She truly deserves to win and I wish her all the best for a great career in music.”

Judge Richa Sharma added, “Heartiest congratulations to our beloved Sugandha Date. I have seen a consistent growth in this little kid as a performer. Sugandha has always taken the feedback well and has worked constructively on her singing abilities week on week to improve herself to the fullest. I am wishing the best for her and she has a long way to go.”

Judge Amaal Mallik remarked, “Sugandha is a true blooded playback singer and if you ask me, the simplicity and honesty with which she goes about her craft doesn’t come easy. It’s what makes her a singer who is a class apart. She will go a long way and I am sure she will flourish. I wish her all the luck for her future endeavours.”

he grand finale of Sa Re Ga Ma Pa Li’l Champs 2019 was nothing short of an extravaganza packed with breathtaking performances and soulful acts. The finalists performed with a 100-piece grand symphony orchestra, a first on Indian television.

Veteran singers Kumar Shanu, Kavita Krishnamurthy, Mika Singh and Babul Supriyo lend a musical touch to the evening and created a magical atmosphere with their performances.

US doubts ability of South Sudan’s president and rebel leader to... 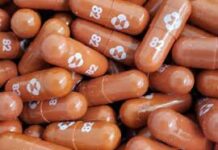 Low-cost Merck Covid pill to be made for poorer nations

﻿China vows no leeway for underperformers in war on pollution 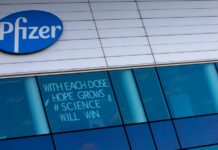