EL PASO, Texas (Reuters) – More El Paso residents than ever before crowded into a class over the weekend to become certified to carry a concealed gun in public in Texas after this month’s mass shooting at a Walmart store that killed 22 people.

Guadalupe Segovia, 35, was at the class with her two children. She said her military husband had long been pushing for her to get a concealed-carry license, which allows the holder to wear a gun hidden under their clothes or carry it in a purse when they are in public.

Segovia said she felt urgency to do the required training now after the attack hit close to home. “I’m still going to be scared, even carrying a weapon,” she said.

The vast majority of people at the classes were Hispanic; El Paso is a predominantly Latino city. Police say the accused gunman deliberately attacked Hispanics in the Walmart.

Michael McIntyre, general manager of Gun Central, one of the largest gun shops in El Paso and the host of the class, on Friday said his store tallied double the usual number of sales in the week following the attack, something that did not happen after previous mass shootings in Texas.

Most of the sales were for handguns, which can be strapped to an ankle or shoulder under clothing.

“I have over 50 for this Saturday class and approximately the same amount for the Sunday class, and I normally have approximately seven,” McIntyre said.

“We actually had two people buy guns here who were actually in the Walmart on the day of the shooting. The other people are just saying, ‘Hey, you know I want to be able to protect myself in the event of something going on.’,” he said.

“This is not the last mass shooting we’re going to see.”

With or without a weapon, McIntyre acknowledged most people would not be able to fight back in an attack like the one in El Paso. The class acknowledges this, and students are taught to run first before firing a gun. Only 1% of people return fire, he said.

“One out of a hundred is a fire, the other 99 will run off,” McIntyre said.

Segovia, who has military training, said the concealed-carry class does not compare to what is needed in an active shooter situation, but she wants her sisters to prepare anyway.

“I’ve already told them, ‘Let’s go practice. Let’s go practice.’ It’s not just this one time that we have to keep coming to ranges and so you can feel familiarized with a weapon and be OK with it,” Segovia said.

Segovia may be applying for her concealed-carry license, but she also wants to see changes in gun laws come from the top and make it harder for young people to get firearms.

“I think weapons should be a privilege and for safety, not to go and kill people,” Segovia said.

Gun control is definitely not on the horizon for Texas, where Governor Greg Abbot recently signed into law nine bills, backed by the National Rifle Association, that will loosen up gun regulations starting on Sept. 1.

One of the new laws lifts a ban on carrying firearms in places of worship. That ban came after a gunman fatally shot 26 people at a church in Sutherland Springs. Another stops landlords from prohibiting firearms on their rental properties.

The laws were all signed in the first regular legislative session after three mass shootings in Texas: the Sutherland Springs church massacre, a shooting at Santa Fe High School near Houston that killed 10 in 2018, and the El Paso attack that killed 22. 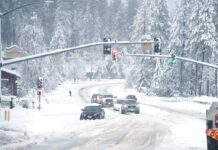 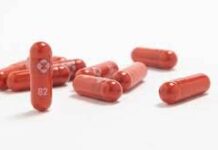