PARIS (Reuters) – Rafa Nadal barely broke sweat as he continued his quest for a 21st Grand Slam with a brutal 6-3 6-3 6-3 dismantling of Briton Cameron Norrie in the third round of the French Open on Saturday.

Nadal, who won a record-extending 13th title at Roland Garros last year, extended his run at the claycourt Grand Slam to an unbelievable 30 sets won in a row.

He last dropped a set against Dominic Thiem in the 2019 final and although he was broken twice by world number 45 Norrie in the second set, another straight-sets victory always appeared the most likely outcome.

Nadal served out the one-sided contest in a shade over two hours, staying fresh for the toughest part of his campaign.

He sent down 35 winners, including three aces, and broke Norrie’s serve six times in the match as he stormed into round four, where he will battle Italy’s Jannik Sinner, the 18th seed, for a place in the quarter-finals.

Nadal beat the teenager in three sets last year after being taken to the limit in the opening set, and seeing how thorough he was against Norrie, there is little chance that he will take Sinner lightly.

“It is going to be a tough one. He’s young. He’s improving every week. He has big shots,” Nadal said of Sinner, who last year did not hesitate to pile the pressure the Spaniard’s forehand – his biggest weapon.

“I need to be solid. I need to be aggressive too, because if not it’s very difficult. I need to make him play from tough positions, and I can’t make a lot of mistakes.”

Nadal admitted that he could have had a better draw.

“Jannik is not the best fourth round, without a doubt, no, he’s a dangerous one. He’s young. He’s a great player. We know each other well. So let’s see,” he said.

The pair met a second time when Nadal beat Sinner 7-5 6-4 after rallying from behind in both sets in the Rome Masters this year. “I need to be ready to play at very high level of tennis, to have chances to be in the quarter-finals,” Nadal said. 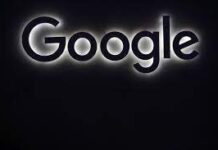 Migrant caravan, down by almost half, soldiers on through Mexico