MOSCOW (Reuters) – Riot police fired warning shots into the air, used stun grenades and made arrests to deter tens of thousands of Belarusians who marched through Minsk on Sunday to demand veteran leader Alexander Lukashenko leave power. Huge demonstrations have flooded the capital for 12 straight weeks since a disputed election, ratcheting up pressure on the embattled leader of 26 years who has clung to power and said he has no intention to quit.

This week Lukashenko partially closed the border to the west, replaced his interior minister and said that any protester who lays a hand on officers policing the protests should “at least leave without hands”.

Senior police officials have threatened to use fire arms against protesters if needed.

Tens of thousands of people swept through Minsk in at least two columns, the Nasha Niva newspaper reported.

“The situation is really alarming and everyone’s mood is tense,” one protester who requested anonymity said by phone.

“Police buses and equipment are constantly driving past the column. It feels like people are ready for any kind of escalation.”

The Vesna-96 rights group published the names of 45 people who had been detained.

A witness told Reuters that riot police used force to disperse marchers who had reached Kurapaty, a memorial site on the outskirts of Minsk to victims of execution by Soviet secret police.

“People got to a field near Kurapaty, (police) buses pulled up and chased after people at top speed, then they started throwing grenades. What’s more, they were throwing them into the thick of the crowd,” the witness said by phone on condition of anonymity.

“A lot of people have been detained. It all happened in an open field, so there was nowhere to run,” the witness who requested anonymity said.

A man in civilian clothing chased a resident through a courtyard near one protest route firing a paintball gun at them in footage published by the RFE/RL media outlet. The footage could not be independently verified.

Video posted on opposition social media showed a crowd of people chanting “We believe, we can, we will win!” while marching through the streets. That footage also not independently be verified.

Mobile phone internet in the capital was unavailable and several metro stations were briefly closed down. 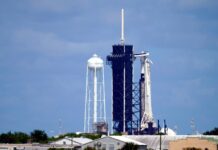