CHIANG RAI (The Straits Times/Asia News Network): The first thing Aisha Wiboonrungrueng would do when her 11-year-old son Chanin Wiboonrungrueng emerges safely from the flooded Tham Luang cave is to cook him his favourite food – Thai fried omelette.

The mother, like the other parents of the trapped boys, has been camping outside the cave entrance for days. The 12 boys and their 25-year-old football coach went missing during their outing to the cave on June 23.

The family members of the footballers burst out in tears of joy and hugged each other when they received news on Monday night that members of the Wild Boar football team had been found alive in the depths of the 10-kilometre long cave since June 23.

That day was Pheeraphat Sompiengjai’s 16th birthday. His family had prepared a birthday cake, grilled pork and dessert as a birthday treat for the teenager, who is known by his nickname “Night”. But he did not come home. Instead he, his 11 teammates and their 25-year-old coach made the ill-fated decision to walk into the Tham Luang cave after training.

The boys chipped in to buy snacks to take down to the cave to mark his birthday, relatives at Night’s village of Vieng Hom told Agence France-Presse on Wednesday (July 4).

They speculated it was those snacks that sustained them during the nine-day ordeal before they were found late Monday huddled in the dark on a muddy bank, flood waters ominously beneath them.

Fresh video released by the navy showed the team smiling and looking markedly healthier than when they were found two days ago.

The father of another boy, 14-year-old Ekkarat Wongsukchan, shouted out in joy as tears trickled down his face when he learnt that the boys had been found alive.

“I must admit that my hope to see my son again plunged drastically because I saw with my own eyes what was inside the cave,” he said on Tuesday (July 3).

The father had joined a search team as it entered the second chamber of the cave.
Various sections of the cave are heavily flooded.

“Back then, we only thought that we would wait till our son came out, dead or alive.”

He said the discovery of the stranded footballers alive was a miracle.

“I would like to thank everyone for helping with the rescue mission. My thanks also go to all Thais for their prayers and moral support,” he said, adding he would give his son a “big hug” when the teenager comes out of the cave.

Outside the cave, one of the boys’ mothers teared up as she watched the clip of the missing boys on a television screen.

She said she was so glad to be able to catch a glimpse of her child, reported The Nation.

“He is thinner,” she said as she ran her finger over his image on the screen.

Another boy, Duangpetch Phromthep, celebrated his 14th birthday the day after he and his friends were discovered by rescuers.

After they were found by rescuers, his mother Pichaya Keawkemtong posted a message on social media wishing her son a happy birthday and saying ‘you’re almost out’. – The Straits Times/Asia News Network 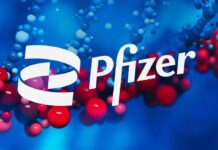 Pfizer to conduct trials of antiviral Covid-19 pill in Russia