JAKARTA, July 18 (Xinhua): The search and rescue mission for 64 missing persons after flash floods and landslides hit Indonesia’s South Sulawesi province has been slowed by thick muds which have submerged affected-areas by up to three meters high, a rescuer and an official said on Saturday.

There were only three bodies retrieved on Saturday as the search efforts have to be made manually as heavy machinery equipment failed to reach the hardest hit areas in Luwu Utara district, the Provincial Search and Rescue Office’s spokesman Hamsidar disclosed.

“We must dig muds manually and cut logs to pull out the corpses buried under the muds. The excavators and other heavy machinery equipment could not enter these areas,” he told Xinhua by phone from the district.

The spokesman expounded that most of the corpses recovered during the operation were buried by muds.

“The muds make the search difficult, and we have to use our instinct to find out the position of the bodies under the muds,” Hamsidar said.

The spokesman further said that the number of casualties has been revised down to 33 (from 36), and with the three others newly retrieved on Saturday, the total was unchanged, 36 bodies.

The search and rescue operation would be evaluated on the seventh day on Sunday, and there was a possible extension of the mission for three days, according to Hamsidar.

The National Disaster Management Agency on Friday reported that 67 persons remain missing, with the newly finding of three corpses on Saturday, the figure came down to 64.

However, there is different data between the number of the National Disaster Management Agency and that of the Provincial Search and Rescue Office. According to spokesman Hamsidar, the number of persons searched by his office totals 15. – Xinhua 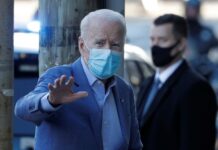 At least 23 guests leave Canary Islands hotel locked down over... 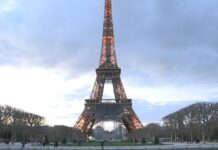