PARIS (Reuters) – Austrian Dominic Thiem crushed Novak Djokovic’s French Open hopes as he returned to Court Philippe Chatrier on Saturday to complete a 6-2 3-6 7-5 5-7 7-5 victory and set up a repeat of last year’s final against Rafael Nadal.

Thiem, the fourth seed, was leading 3-1 in the third set on Friday when the semi-final was interrupted by rain and then surprisingly abandoned for the day.

On the resumption, Djokovic got straight into his groove and broke back in the third game of the day. But he dropped serve and lost his cool in a dramatic 12th game of the set to allow Thiem to move to within a set of the final.

World number one Djokovic recovered to take the fourth set but slipped 4-1 down in the decider and saved a point to avoid trailing 5-1 before another hour-long rain break.

Thiem crumbled when serving for the match at 5-3, wasting two match points, but he got another opportunity when Djokovic served at 5-6 and finished the job with a sublime forehand winner. 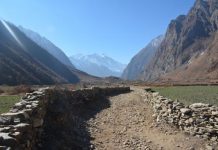