With coronavirus infections and deaths skyrocketing, Dr. Fauci is urging Americans to refrain from travel and to keep holiday celebrations as small as possible.If staying home isn’t an option, long bus rides represent the riskiest form of transportation.Fauci believes January will be the worst month of the pandemic due to Christmas and New Year’s Eve celebrations.

In the days and weeks before Thanksgiving, as the coronavirus continued to surge at an alarming rate, both Dr. Fauci and the CDC urged Americans to refrain from travel and hold off on traditional holiday celebrations. Despite these pleas to stay home, millions of Americans still hit the road in late November to spend the holiday with family and friends.

Speaking to the risk of holiday travel, Fauci recently explained:

Ten may even be a bit too much. It’s not only the number, it’s the people who might be coming in from out of town. You want to make sure you don’t have people who just got off a plane or a train. That’s even more risky than the absolute number.

You get indoors and you take your mask off because you’re eating and drinking and you don’t realize that there may be somebody that you know that you love who is perfectly well with no symptoms and yet they got infected into the community.

If you’re in a position where traveling home for Christmas or New Year’s Eve is absolutely necessary, you’ll at the very least want to make an informed decision about how you choose to travel. After all, renting a car, for example, is a lot safer than going to an airport swarming with travelers.

With that said, a recent survey of epidemiologists reveals that traveling home by bus is the riskiest mode of transportation due to poor air circulation and social distancing challenges.

Further, “it might be harder on a longer ride to keep your mask on, and it’s probably not as enforced as it is on an airplane,” Dr. Amesh Adalja of Johns Hopkins told Vox.

Early research suggests this mode of travel could be riskier than planes or trains, especially when people aren’t taking proper precautions. One case study showed how a single sick passenger on a bus in China infected 23 of 67 others on a drive that was less than an hour. Of note, though, is that in this superspreading event, which occurred in January 2020, none of the passengers were wearing masks, and the bus was recirculating air.

Meanwhile, traveling via train provides passengers with a higher degree of safety, especially if you’re going with Amtrak. Back in November, Amtrak highlighted the extensive steps it’s taking to provide a safe travel environment, a protocol that includes a variety of enhanced cleaning measures. Further, Amtrak notes that all of their trains “are equipped with onboard filtration systems with a fresh air exchange rate every 4-5 minutes.”

The safest way to travel, of course, is by car. And if at all possible, it’s probably a good idea to refrain from making any pit stops for fast food on the way.

https://ef7417f710e40499a0ea1f60bd00d7a0.safeframe.googlesyndication.com/safeframe/1-0-37/html/container.html Lastly, it’s worth noting that Fauci isn’t just talking about holding off on Christmas celebrations in the abstract. On the contrary, the man practices what he preaches. Over the weekend, Fauci said this will be the first Christmas he doesn’t spend with his family “in more than 30 years.”

In talks with Saudi minister, Mattis calls for transparent investigation in... 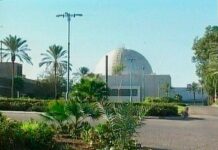 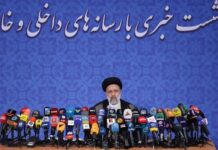