LOS ANGELES: Thousands of people were told to flee fast-moving wildfires in the US state of Colorado yesterday, as flames tore through areas desiccated by a historic drought.

Powerlines toppled by gusting winds sparked a number of small blazes which took hold of the tinder-dry landscape in Boulder county.

The 20,000-strong city of Louisville, along with the 13,000 residents of Superior have been told to get out, with the National Weather Service describing the situation as “life-threatening”.

Wind gusts of over 160kph have been reported in some places, fanning the flames and complicating firefighing efforts.

“Prayers for thousands of families evacuating from the fires in Superior and Boulder County,” Colorado governor Jared Polis tweeted.

“Fast winds are spreading flames quickly and all aircraft are grounded.”

Like much of the American west, Colorado is in the grip of a years-long drought that has left the area parched and vulnerable to wildfire.

Although fires are a natural part of the climate cycle, which help to clear dead brush and reduce disease in vegetation, their scale and intensity is increasing.

This prolongs droughts in some areas and provokes unseasonally large storms in other places, phenomena that are expected to get worse as worldwide average temperatures continue to climb.

Daniel Swain, a meteorolgist at the University of California tweeted it was “hard to believe” these fires were taking hold in December, usually a quieter time for blazes.

“But take a record warm & dry fall, only 1 inch of snow so far this season, & add an extreme (100mph+) downslope windstorm…and extremely fast moving/dangerous fires are the result.” 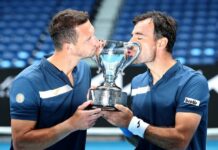 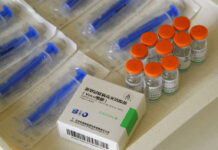