Coffee lovers, you may have to ease up on your favorite beverage, which, if consumed in too large quantities, could be harmful to your heart health.

A new Australian study questions the heavy consumption of one of the world’s most popular hot drinks.

Hundreds, if not thousands, of scientific studies have looked at the health effects of coffee, reporting as many advantages as disadvantages.

It is difficult to disentangle the true from the false, except that like many foods, coffee should be consumed in moderation to gain the most benefits.

That’s the finding that emerges from the first worldwide genetic study conducted by researchers at the University of South Australia.

They used data from 362,571 participants from the UK Biobank, all between 37 and 73 years of age, based on a triangulation of phenotypic and genetic approaches to conducting comprehensive analyses.

“There’s certainly a lot of scientific debate about the pros and cons of coffee, but while it may seem like we’re going over old ground, it’s essential to fully understand how one of the world’s most widely consumed drinks can impact our health,” says Professor Elina Hyppönen, the main author of the study.

The finding appears to be compelling, as scientists have found that six or more cups of coffee per day – a heavy intake – is associated with increased blood lipid levels, believed to significantly increase the risk of cardiovascular disease.

Importantly, however, the researchers point out that this association is based on long-term high coffee consumption.

It’s also key, especially for those who are most vulnerable, to choose one’s coffee carefully.

Researchers explain that cafestol, found in coffee beans, is a very powerful compound that raises cholesterol.

“There is no, or very little cafestol in filtered and instant coffee, so with respect to effects on lipids, those are good coffee choices,” the researcher continues.

It’s a subject that is not easy to address when you consider that more than 2.5 billion cups of coffee are consumed every day around the world.

However, researchers are essentially advocating avoiding excesses, especially if you have underlying illnesses.

“The implications of this study are potentially broad-reaching. In my opinion, it is especially important for people with high cholesterol or who are worried about getting heart disease to carefully choose what type of coffee they drink.

“Importantly, the coffee-lipid association is dose-dependent – the more you drink unfiltered coffee the more it raises your blood lipids, putting you at greater risk of heart disease,” concludes Professor Hyppönen. 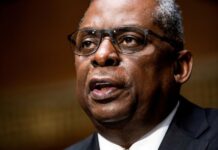 Israel pledges to work with U.S. on Iran